If you are human you most likely enjoy pizza. If you don’t like pizza there may be something wrong with you…

This almond flour pizza crust has saved my life. That might be an exaggeration, but you know what I mean. Pizza is something I don’t eat very often because I never feel good after eating it. It could be a combination of the amount of cheese and dough, but either way it gives me stomach pains.

This isn’t to say I don’t indulge in pizza every now and then. Trust me when I say I would eat if for every meal if I could, but that’s just not possible. I was in need of a pizza crust that was still delicious, but didn’t leave me feeling like I wanted to die.

This four ingredient crust is super easy to make and takes all of 20 minutes. 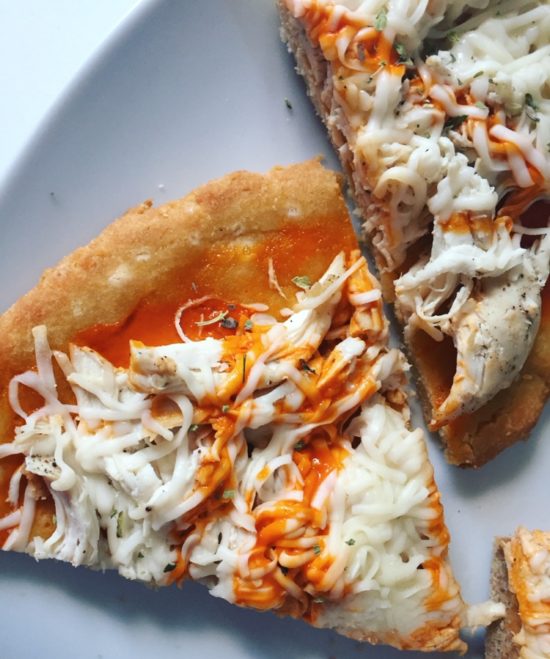 **Thomas and I made a Buffalo Chicken Pizza which was absolutely dynamite.

If you’re looking to make buffalo chicken we kept it really simple. Baked the chicken for 10 minutes each side on 450 degrees F. Lightly seasoned with salt & pepper. Shredded the chicken up once out of the oven. Put a layer of Mary Lee’s Buffalo Wing sauce (paleo) on the crust. Layered on the shredded chicken, light layer of shredded cheese, and a drizzle of more sauce. And boom baby you have an amazing pizza that only took 25-30 minutes to make!

It’s crazy how different pregnancies can be. Wit

Merry Christmas & happy holidays. We hope that you

4 ingredients protein buckeyes: For the balls: